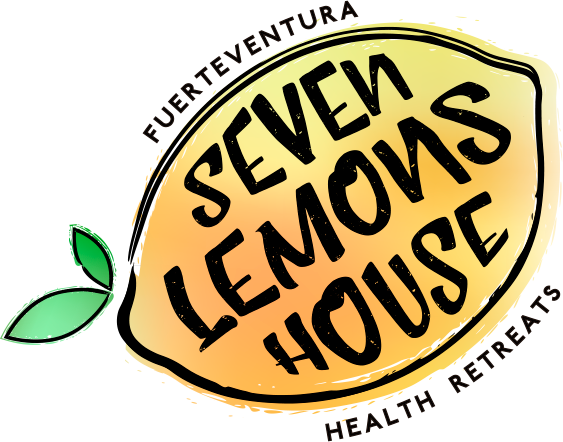 “We help to find your joy in life, orientation, balance and focus. By finding different perspectives, awareness and mindfulness of body, mind and soul. In the context of a family atmosphere, social interaction, external stimuli reduction and an holistic lifestyle“.

We are a dedicated team that aim to ensure that you enjoy, discover and adventure the most wonderful experience during your stay in Fuerteventura. We focus on introducing a healthy cooking style guide, that can indeed be adapted to your every day life. The aim is to offer a special healthy themed holiday by introducing a highly recommended nutritional scheme with easy cooking tips, as well as practice regenerative activities, such as Yoga and Surf, that help revitalize both mind and body, suitable for all. 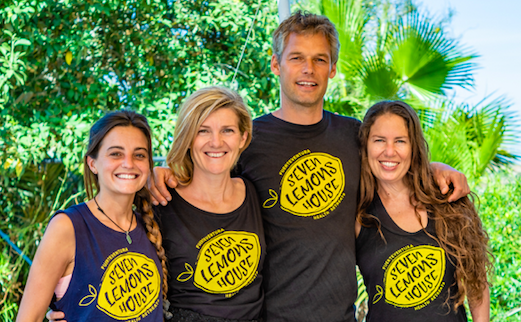 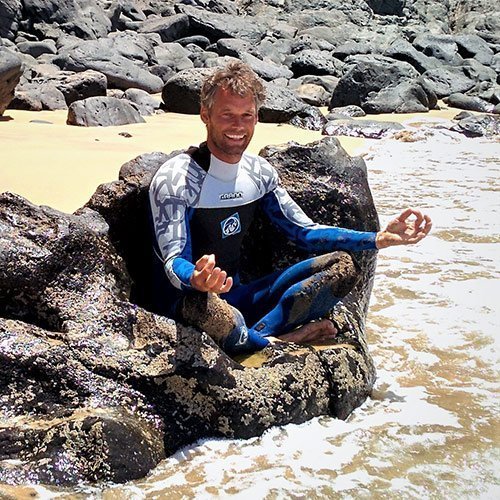 “The soup of life from a chef’s perspective”

I emigrated, or rather went on a search of my life’s true purpose from Germany in 2001.

There were several other reasons for this.

At that time I had just given up cycling, which has been a big part of my life and something I have done very intensely for 5 years.

I discovered a new love of mine- windsurfing which I totally fallen in love with.

The predominantly cold climate in northern Germany- where I was living- was amongst other reasons for me deciding to leave.

I found the total overstimulation of fast paced life there exhausting and the ways of how the whole society was structured and expected it’s people to function did not resonate with me at all anymore.

It was just all too much for me. I felt overwhelmed and lost a sense of purpose in it all. 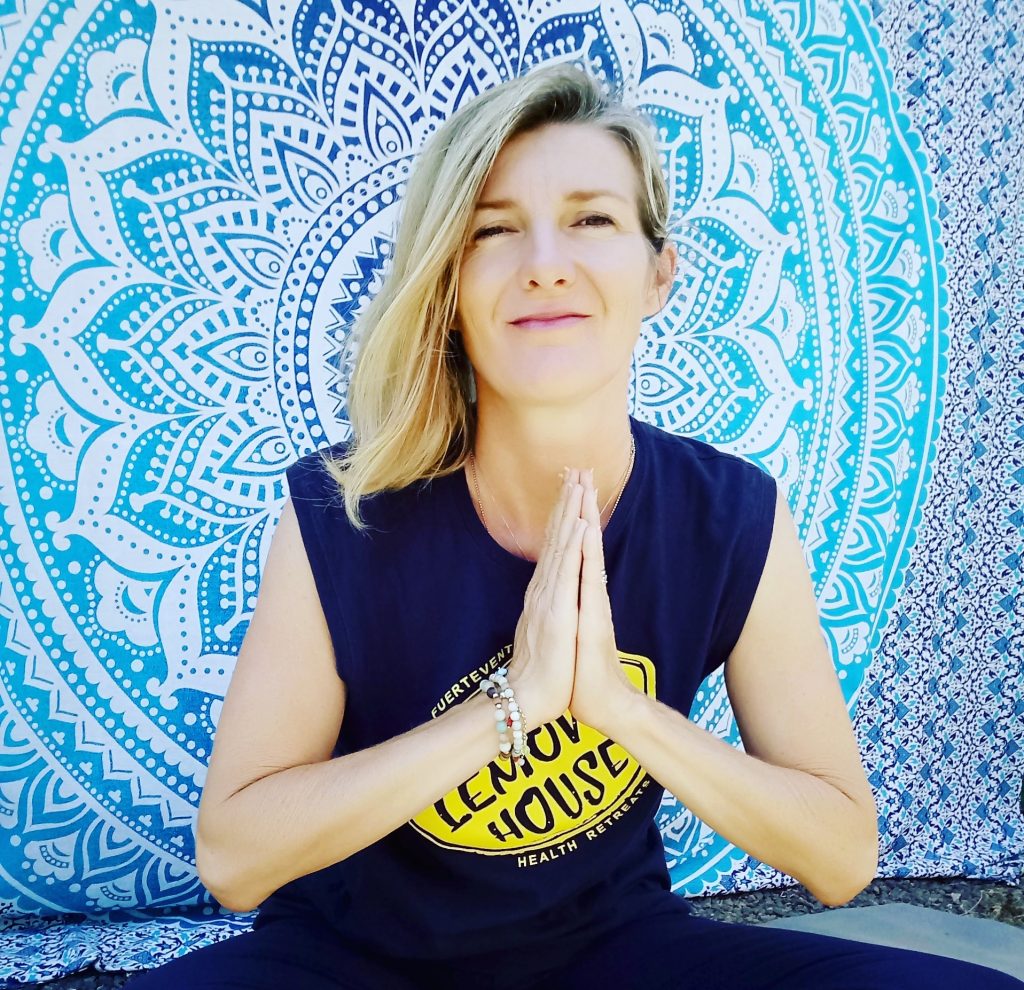 My strong determination in discovering my real me and the sense of adventure was what brought me to Fuerteventura on 2001. Yoga has been always a good friend and a beautiful escape in my life but lately, after an accident, I had to rethink my life and I had clear that yoga it would take an important part in it. That’s how I’ve become a yoga addict! I like yoga because it’s a way to play with myself and to melt my limits. I like consciousness with my body and I feel by practising a way to connect my mind and body and learn about me deeper. I always thought that my “being there” was some how wrong in life because I was never observing as others do. In time I’ve understood that my “being there” was never wrong because my way to achieve an experience is  about feeling it. I believe now that this is a gift and I learnt from my experience that is only by feeling it first that you can later share your knowledge with others. That is why I try in my daily life and in my job to motivate others: I firmly believe that “anything is possible, or impossible, but you will never know until you won’t try! 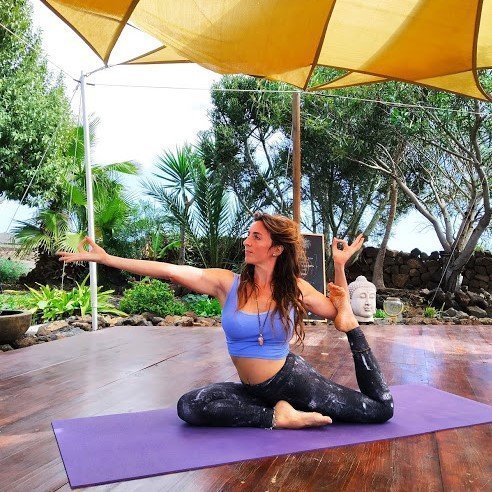 Hi everyone! My name is Marta Equeter, yogui and dancer. I was born in Barcelona and I currently live in the beautiful island of Fuerteventura where I can live surrounded by the elements and nature.

I started to dance when I was 4 years old, I was trained professionaly in classical dance and modern jazz. I completed my dance studies for the RAD (Royal Academy of dance), I gave clases and danced in various stages.

At the age of 20, yoga crossed my path and helped me to overcome physically and psychologically a health problem that I had been carrying since I was a child. Yoga taught me a way of living in balance on a physical, spiritual and personal level.

I attended courses and trainings about personal growth, spiritual coach and NLP Practitioner. 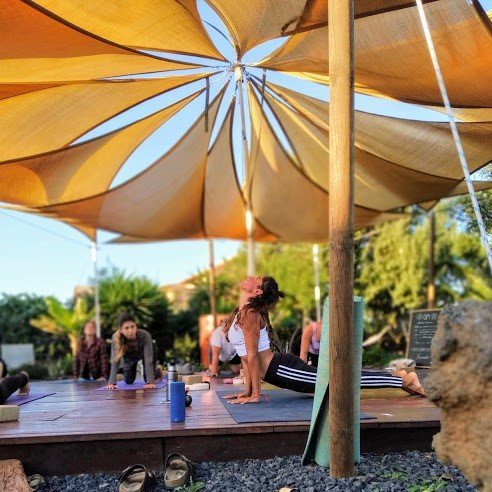 Tami started her yoga journey as a practitioner in Buenos Aires around 9 years ago.
When she first packed her backpack and travelled to Australia, she knew that at some stage of her trip she will end up in India, to deepen her knowledge about this art that has totally transformed her. She trained as Hatha and Ashtanga Vinyasa instructor in Rishikesh, up north in India. And afterwards, she integrated her training in New Zealand with Prenatal Yoga and in Argentina with Kuruntas Yoga. Although, she believes she is constantly learning new things through practice and teaching, with every body, soul and experience.
Yoga has helped her to discover, accept and transform herself physically and spiritually. She relies on a humble and disciplined practice as a tool for a profound inner revolution and transformation directed towards self-healing. 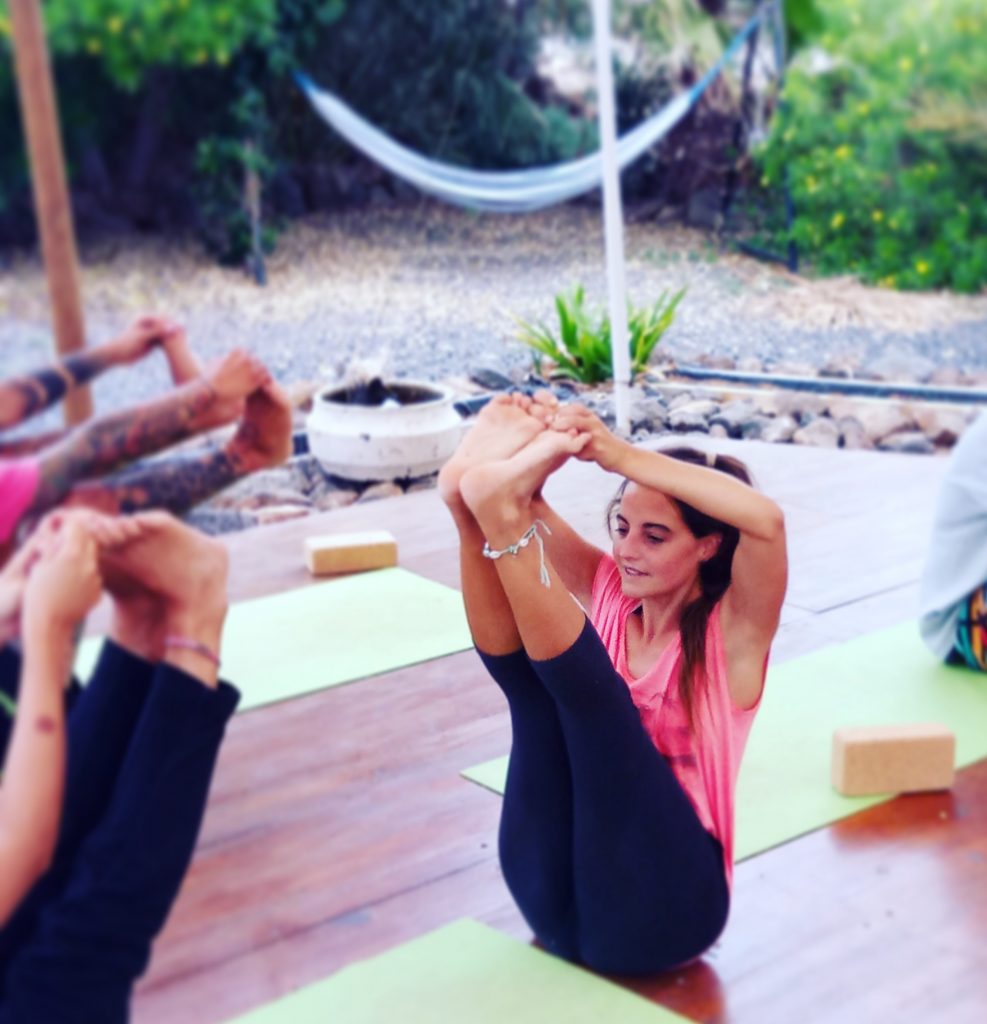 Vicky is an Ashtanga Yoga and Prenatal Yoga instructor.
Her passion for movement, adventure and the search for experiences to connect with her essence were those that brought her closer to Yoga. After a trip to India, where she could feel the healing power of this millenary practice, she trained as Ashtanga Yoga Instructor with Patricio Moralo, in Barcelona.

Ashtanga Yoga classes are dynamic and require discipline. In this type of Yoga, strength, flexibility, coordination and balance are worked through a concatenated sequence of asanas and synchronized breathing. Prenatal Yoga classes are taught dynamically and safely. The purpose is to create a space for women to have a full pregnancy, connecting with their baby and sharing the unique moment of creation with other mothers.

Her approach as a Yoga teacher is to teach and accompany to release patterns and open to self-knowledge, embrace the present and enjoy a quiet mind, a healthy body and a spirit full of peace and harmony. 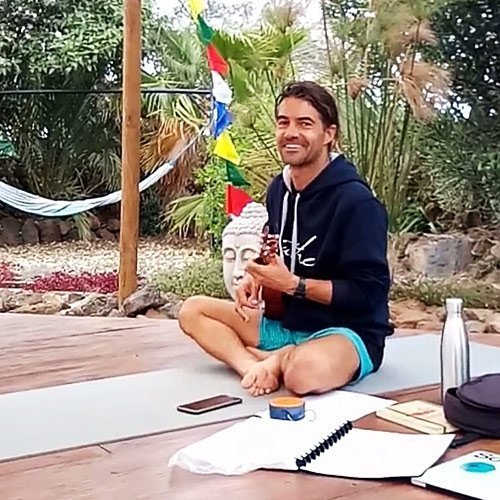 Adan was raised in the suburbs of Bilbao, a polluted industrial town called Basauri, in the North of Spain.
Is not surprising he ended up travelling and living in other places such us, Barcelona, Madrid, Ibiza, Valle de Aran, Tenerife, Lanzarote, Fuerteventura, London, Newquay, and most of Europe, Morocco, The Dominican Republic, Nicaragua, Panama, Costa Rica, India, Sri Lanka.
Yoga and meditation became his companions during all his travels, also the people he met in all those places. When he felt lonely, with lack of energy, he rolled the yoga mat out, When he felt loved and euphoric he rolled the yoga mat out.
He started practicing classical Hatha Yoga in the 90’s, to move into other styles such as Ashtanga Mysore, Vinyasa flow, and Yin Yoga.
Adan begun teaching yoga, by chance 3 years ago, coming across a new life passion. As a consequence, he moved to India to take further education in yoga. He has been teaching Yoga in The Dominican Republic, India, Sri Lanka and Fuerteventura.

ENJOY HAVING A RELAXING TIME ENGAGING IN HEALTH ACTIVITY PROGRAMMES WITH A COMBINATION OF VEGETARIAN OR VEGAN OPTIONS, FINDING THE BEST WAY TO REENERGIZE FROM YOUR ROUTINE.
INCREASE YOUR ENERGY LEVELS AND REDUCE STRESS; THE RIGHT WAY TO STAY HEALTHY.